Today, while I was at lunch with my mother, sister, and aunt we were just chatting about random topics when suddenly my aunt mentioned in passing that Carrie Fisher had died. I stopped eating and stared at her in confusion. I couldn’t believe what she was saying and even denied her words, stating that it must be a hoax because I had seen on Twitter on Christmas day that her mother, Debbie Reynolds, had tweeted that she was stable. My aunt just shrugged and repeated that she had died. I refused to believe my aunts words and moved on from the topic. Then the moment I got home I turned on my laptop, brought up Google, searched Carrie Fisher’s name, and a bunch of articles confirming her death popped up. I stared in shock, numb not sure how to feel, how to react. I wanted to be heartbroken, but felt I didn’t deserve that right.

END_OF_DOCUMENT_TOKEN_TO_BE_REPLACED 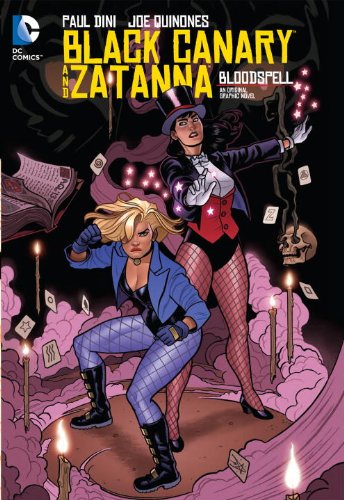 Oh my goodness, this was such a fun read. I loved reading/learning more about Dinah. It was also nice to see her relationship with Oliver in this one. I think besides getting more Dinah, it was also nice to learn about Zatanna. I’ve heard of her, but I’ve never really known anything about her, so now I need to definitely read more about her. It was also cool to see snippets of the other members of the Justice League throughout the story.
Overall, really interesting storyline, enjoyed all the characters, and was a fun read.